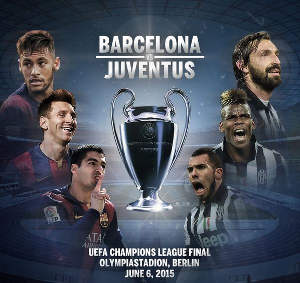 Two of the greatest names in European football will face off in the 2014-15 UEFA Champions League final as Juventus and FC Barcelona clash at the Olympiastadion in Berlin, Germany. The match will take place on Saturday, June 6 and will kick off at 20:45 CET.

About the Champions League Final

The Champions League Final crowns a champion and concludes a UEFA Champions League season. The 2015 Cup Final will mark the close of the league’s 60th season and the 24th since the league changed its name from the European Champion Clubs’ Cup to the UEFA Champions League. The winner of the match will earn the right to play in the 2015 UEFA Super Cup against Sevilla, the champion of the 2014–15 UEFA Europa League. The winner will also receive automatic qualification for the semi-finals of the 2015 FIFA Club World Cup as the UEFA representative.

Bet on the Champions League Final at William Hill! 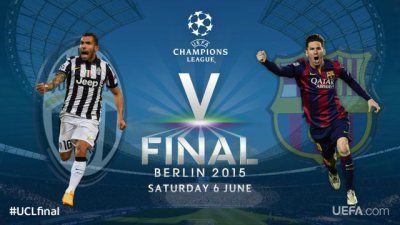 Juventus Football Club, which is often called Juve for short, is an Italian soccer team based in Turin. Juventus will be appearing in its first final in more than a decade, but the team will be seeking its fifth title overall, and three of its previous titles have come at the expense of Barcelona. Juventus has already earned a Series A title this year and has had a very impressive season across the board. It is worth noting that that Juve features four athletes who have not only played in but won a Champions League Final.

Bet on Juventus at William Hill! 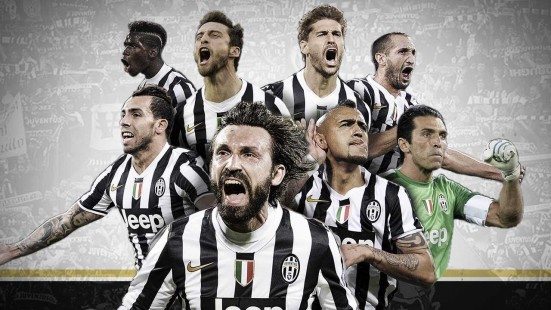 Barcelona FC is a Spanish football club based in Barcelona, Catalonia. The club was founded in 1899 and has enjoyed a phenomenal amount of success over the years. This will be Barcelona’s eighth European Cup final, and the club enjoys a modest 4-3 success record. Like Juventus, Barcelona has already won a Series A title this year and has a very impressive season overall. Messi, who scored for Barcelona in its 2009 and 2011 victories, could become the first player to score in three UEFA Champions League finals. In addition, eight of the players from that 2011 team will be participating in this match. 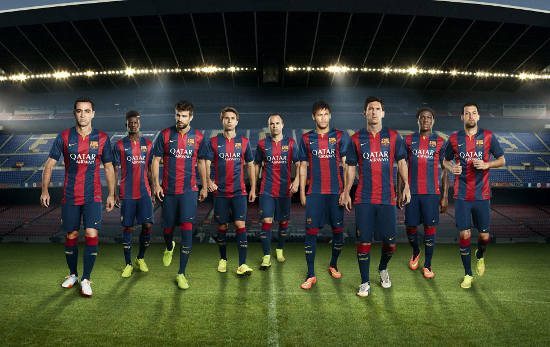 Barcelona is the obvious favorite. The club simply has too much talent and championship pedigree to ignore, and the bookmakers agree with that casual observation. Barcelona has been favored from the opening line, something along the lines of 1/3 Barcelona to 12/5 Juventus. Juventus has no shortage of talent though, and most people recognize that Juventus could win this game. That is why we are witnessing a lot of drifting and why the current odds are varying so much from one online book to another. This is definitely one of those matches that punters will want to shop around for.

Perhaps the most marketed prop bet right now is a Messi hat trick. This is the sportsbooks trying to cash in on casual interest. Keep in mind that big games like this tend to skew under, and the chances of Messi scoring three goals in a game that will historically have 2.5 total goals is unlikely. Prop bets are rarely good bets, but this one is particularly dumb and should be avoided outside of having a bit of fun. We do like Messi for the first goal prop bet, and some books are running special promotions because of his chance to become the first player with three goals in the UEFA Champions League Finals.

The most popular bet is Barcelona to win at about 11/17, but Juventus to win at about 5/1 takes up a lot more of the betting pie than we would have expected at this point. Punters who want to bet Barcelona may want to look to the betting exchanges because there are some very exciting opportunities out there. Among prop bets, the Messi hat trick is a lot more popular than it should be.

Punters who prefer Juventus to win will want to shop around at the various books. Books that are receiving heavy action on Barcelona have some attractive odds available. Barcelona is the safe bet, of course, and as mentioned, it may be worth shopping interest around on a betting exchange. Keep in mind that it may be best to wait on Barcelona until the last possible minute because we think underdog interest will rise as we get closer to the event.

Click here to open an account at William Hill, then make a deposit of at least £50 and place your first bet of £50. Regardless of the outcome, once that bet is settled you will receive a free bet worth £50! Read our WilliamHill promo code page to learn more.

Next, open an account at Ladbrokes Sports and place your first bet of at least £25, and you will be given another matching free bet worth £25! Find more details on our Ladbrokes free bet page here.

And then open an account at Betfair Sports, place your first bet of £10, and then receive £30 in free bets! Find more details on our BetFair free bet page.

In total, that’s £105 in free bets that you can cash in on. These free bet offers are limited to new accounts, and your initial bet must settle prior to receiving your free bet, so be sure to place those bets! You can use all the free bet ons the Champions League Final match so enjoy the game and good luck!